The Clay Lake gold target extends for 2 km by 1 km, (c.140 ha / 350 acres) and lies at the north-eastern end of the 40 mile gold trend which Conroy Gold has discovered. This target was named after the Clay Lake Nugget; a 30.05g nugget with a gold content of 28g. The nugget was found in the mid 1980’s and is now displayed in the Ulster Museum in Belfast. 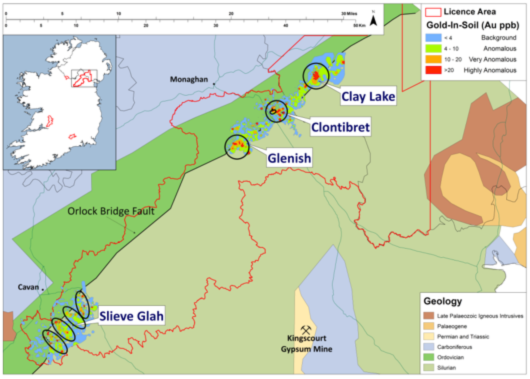 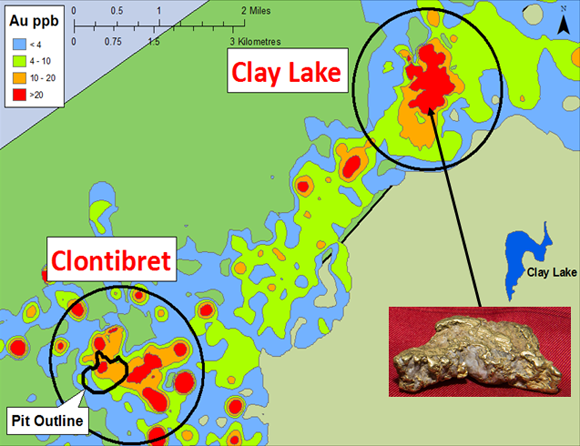 Rock chip samples identified gold in bedrock which comes to surface in the northern part of the Clay Lake target in the form of a black carbonaceous stockwork. The rock chip samples in the exposed rock returned 18 metres at 0.47 g/t gold and included 3 metres at 1.30 g/t gold before the exposure ceased. 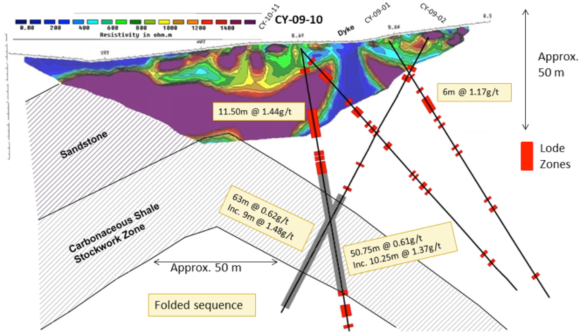 The Clay Lake target appears to be a black carbonaceous shale hosted gold deposit; such deposits can be very large.

Clay Lake gold target encompasses all the above points

After Bortnikov (1995) – Mineralogy, geochemistry, and origin of the black shale hosted gold deposits of the former Soviet Union in Mineral Deposits: From their Origin to their
Environmental Impacts : pp 935- 937

Examples of these gold deposits include:

While work on the Clay Lake target is still at a relatively early stage, long gold intersections encountered in drilling to date suggest the potential for very high tonnage and overall gold content. 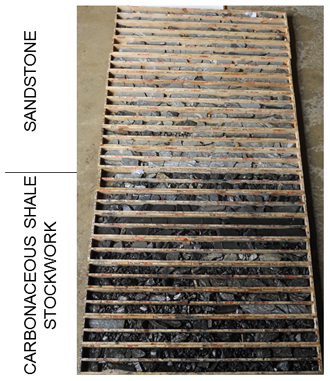